Jerome was born on August 10, 1972 in Colorado Springs, CO where his father was stationed in the military. Six months after his birth, he and his family moved back to Archdale, NC to the Davis Family Ranch where he grew up and still lives today.

Hobbies and interests growing up included racing motorcross, hunting and fishing, and following NASCAR. Of course, his biggest interest was bull riding in the rodeo. When asked as young child what he wanted to become when he grew up, Jerome always responded, “I want to be a bull rider”.

Jerome rode his first bull at the age of eleven. He didn’t stay on for the full 8 seconds, but knew at that point he was going to be a bull rider. When riding just his fourth bull, he was able to make it for the full eight seconds. He participated in 12-15 rodeos per year.

Jerome won his first buckle as a freshmen in High School. He also roped calves and team roped during his High School days. He rode in the 1989 National High School Finals in Pueblo, Colorado and was named the North Carolina State Rodeo Champion in 1990.

Jerome attended Odessa Junior College in Odessa, Texas. As a freshman, he won the National Intercollegiate Rodeo Association’s Bull Riding Championship. After his freshman year of college in 1992, Jerome took his bull riding to the next level and turned pro- joining the PRCA.

In 1993, during a PRCA Event in Del Rio, Texas, Jerome was cast in his first movie as a stunt double for Luke Perry in the movie “Eight Seconds.”

Jerome’s shining moment was in 1995 when he became the 1995 PRCA World Bull Riding Champion. He continued to rip through PRCA and PBR. He was ranked in the top five each year in the PRCA since 1993 and was a National Finals qualifier since ’94 in the PBR.

Tragedy struck on March 14, 1998, when Jerome was thrown from a bull breaking his neck. The injury left him with paralysis from the chest down. Although Jerome is paralyzed, nothing can keep him down. He is a true inspiration of how you should live your life and keep moving forward with a positive outlook. He inspired his wife Tiffany, as they were married October 17, 1998. He also inspired the PBR- as he was awarded the “Ring of Honor” during the 1998 PBR Finals.

Jerome continues to contribute his part in the bull riding circuit. He is a Stock Contractor, contracting some of the toughest bulls in the PBR. He continues to make personal appearences at events and socials. Throughout his career, Jerome has been profiled in many magazines (People, Sports Illustrated, etc…) and has made several television appearances on shows such as Disovery, Extra and TNN with Gary Chapman. Jerome hosts his own Rodeo every year in August, The Jerome Davis Invitational, at the Davis family Ranch in Archdale, North Carolina. 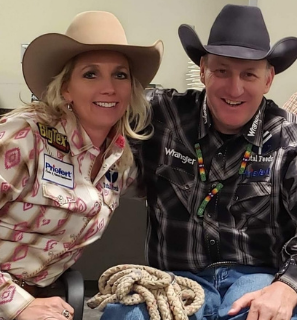 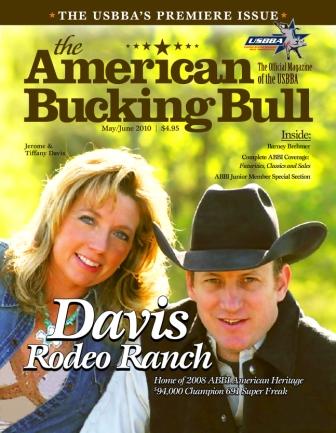 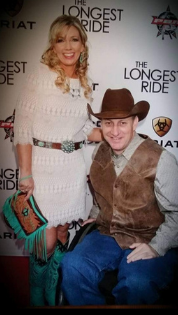